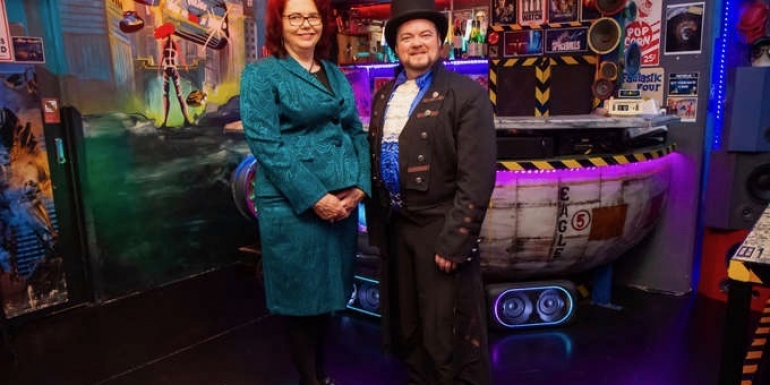 Thousands of science fiction fans will descend on Wellington in 2020 after the region won the rights to host the 78th World Science Fiction Convention.

Among them will be Game of Thrones author George RR Martin who has been confirmed as the toastmaster for the event.

'Wellington is home to some of New Zealand’s best creative talent and we will do our best to ensure the delegates find the city a home away from home.'

'It is an excellent opportunity for Wellington and New Zealand to show how well we host large-scale global events.'

Co-chairs Norman Cates and Kelly Buehler put their hearts and souls into securing hosting rights for the convention over the past eight years. The pair enlisted the support of Tourism New Zealand and the Wellington Regional Economic Development Agency (WREDA) to help throughout the bidding process.

'We are utterly thrilled to bring some of the great names in science fiction to New Zealand to meet their Kiwi fans and to give our amazing creators here at home their time to shine on an international stage,' says Buehler.

WREDA chief executive Lance Walker says this is a huge feat for Wellington and the agency enjoyed working alongside Tourism New Zealand to make it happen.

'Not only will the convention bring 2,000 visitors to the region and significantly contribute to the local economy, it also gives our local creative sector the opportunity to connect and collaborate with the international science fiction community.

'It’s no secret that our local screen industry and filmmakers love science fiction. Who knows what will happen when you bring them together with the world’s greatest science fiction storytellers.'

The event is expected to deliver $4 million to the economy. Named CoNZealand, it will be held at multiple venues across the city, including TSB Arena, Shed 6, the Michael Fowler Centre, and InterContinental Wellington from 29 July to 2 August 2020.