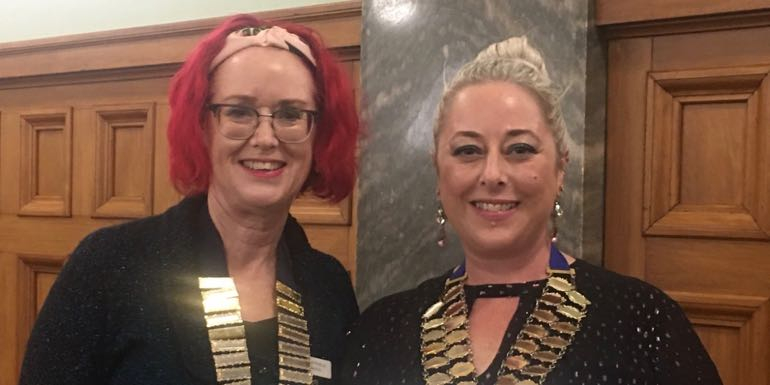 Vic Wales, HOT Events, Christchurch was named the New Zealand Skalleague of the Year on Saturday night – the first recipient of what is set to become a annual award.

Wales, currently Christchurch Club president, was recognised for the work she does across the industry as well as Skal, a club based on business amongst friends in the travel, tourism and hospitality industries. She is active in public relations around the club, and organises events such as the popular annual Trivia nights. She has also been active in promoting Young Skal.

Entrants were nominated by their clubs and the awards were judged by Skal’s three past world presidents – Phil Sims, Nigel Pilkington and Peter Morrison.

Tweet
Published in Around New Zealand
More in this category: « Sunflower Scheme at Sudima Hotels
back to top