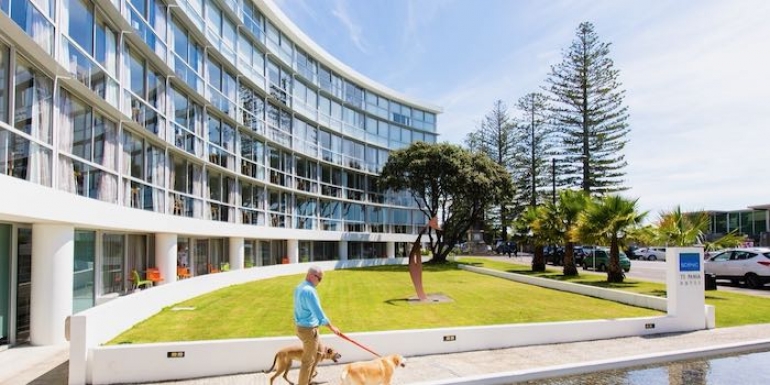 Hotel general manager, Kerryann Gibbs says, “We are on time, ready to go and just cannot wait to welcome our wonderfully loyal guests back.”

Gibbs says she is humbled by the response she has had from suppliers and regular guests, with many even moving existing bookings to when the hotel would be open again. “To open on day one with a conference inhouse and the hotel more than half full is testament to the great relationships our team has forged with guests over the years as well as the hotel offering itself.”

During the floods that caused widespread damage to the central city and beyond, the hotel sustained water damage to the lower level which included areas of critical infrastructure such as the kitchen and electrical hubs as well as the restaurant and bar and lower level guest rooms. Kerryann says new carpet, furnishings and remediated infrastructure has been completed to an excellent level and thanked the team and contractors who made this critical mission possible over the holiday season and during a time when trade services were in such demand throughout the region.

Gibbs says it really was very much a team project and is "beyond proud" of the way everyone working collaboratively to achieve the incredible result that enabled her food and beverage team to serve their very first guest breakfast a few days ahead of schedule.