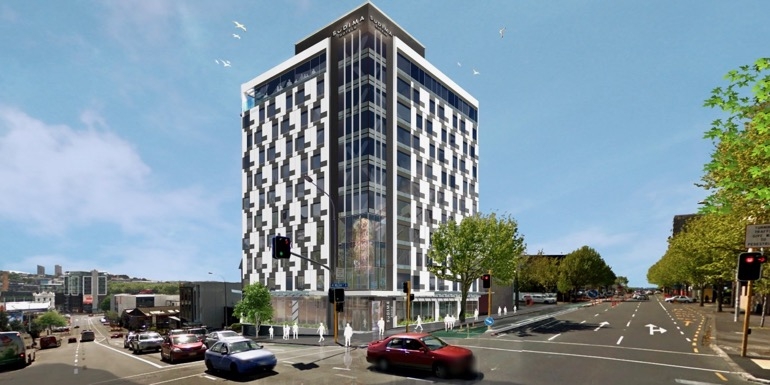 Sudima Hotels has announced it will build a new $65 million hotel in Auckland CBD.

It is the Kiwi hotel chain's third hotel currently in development, totalling $135 million in investment.

The hotel will be located on the corner of Nelson and Wellesley streets, opposite the New Zealand International Convention Centre, which is expected to attract around 33,000 delegates per year once completed.

It will feature 180-200 rooms pending final design, a gym, a rooftop bar, and a separate restaurant and bar. The hotel is scheduled for opening in the summer of 2019/2020.

The new Auckland CBD hotel is Sudima Hotels' seventh investment in New Zealand hotels and infrastructure, adding to the hotel brand’s nationwide presence with properties at Auckland Airport, Hamilton, Rotorua, and Christchurch Airport along with the in-development $40 million Christchurch CBD hotel due to open in early 2019 and recently announced $30 million Kaikoura hotel scheduled to open in the summer of 2019/2020. Sudima Hotels’ current hotels in-development represent an investment of $135 million across the country, adding approximately 400 rooms to the national accommodation stock, and around 190 additional jobs.

'This Auckland CBD development is a significant addition to our portfolio in a sought-after location. The area around our site has been extensively developed in recent years and is now a hub for hospitality, entertainment, events and major conferences, so we are looking forward to introducing a new accommodation choice for leisure and corporate travellers who want a high level of service and comfort in a hotel with a focus on sustainability and social responsibility.

'With the volume of properties under development for Sudima Hotels across the country, we have welcomed a new project manager into the team, Taryn Murray, who brings with her a wealth of project management experience in the property sector, to oversee all developments and refurbishments going forward.'

The new Auckland CBD hotel will be single-use plastic free upon its opening in alignment with the company's goal to be single use plastic free across its entire portfolio by 2020. Sudima Hotels undertakes a range of environmental, social change and community support initiatives around the country, such as supporting Make-A-Wish Foundation, free breakfasts for school children in Rotorua, and the Sudima Hotels at Auckland and Christchurch airports are the first, and only, carboNZero hotels in the country. Each of its hotels are also accessible and have been rated Bronze to Gold for their accessibility features.

Sudima Hotels is currently undergoing a comprehensive rebrand across its properties. The new brand will reposition the group in the market with a modern, contemporary and guest-centric identity; details of the rebrand will be announced later this year.