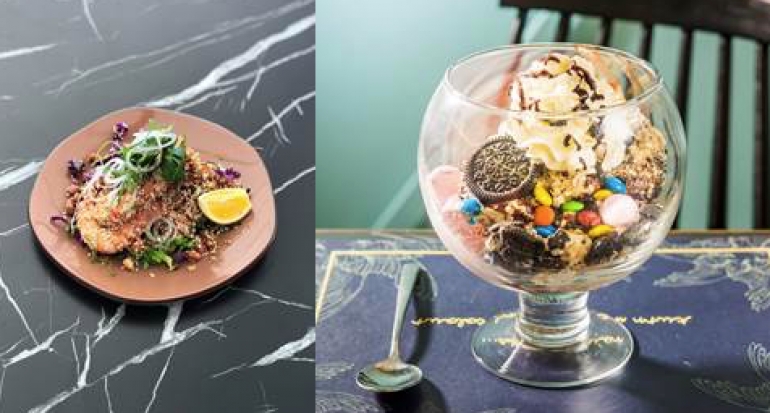 Created by executive chef Miguel Adriano, who joined the hotel recently, the menus consist of breakfast, all-day dining and dinner, all of which include Asian-fusion and classic dishes which retain Naumi’s signature playful style.

Translated as 'wing of a bird' in Sanskrit, Paksa forms the beating heart of the hotel with an aspiration to bring more people together to celebrate New Zealand’s incredible produce and world cuisine.

Adriano is originally from the Philippines and uses his culinary heritage to inspire his cooking and the new menu at Paksa.

Trained in traditional Asian and French cuisine, his style of cooking has evolved into modern Pan Pacific cooking represented in dishes such as Sa La Su Prawn, with sesame seeds chili and mung beans, featured on the dinner menu.

Adriano has been working in hotels and restaurants in New Zealand for over seven years and brings expert knowledge of the industry and the local area to his new role at Naumi Auckland. His most recent positions were with Rendezvous Grand Hotel and The Grand Millennium, Auckland.

Inspired by local products and seasonal ingredients, each menu at Paksa represents Naumi Hotels’ identity as an international brand.

Paksa is open from 6am - 10pm. Starters are from NZ$14 and main courses from NZ$18. Nightly rates at Naumi Hotel Auckland Airport start from NZ$199 based on two adults sharing a Habitat Room on a room-only basis.

Tweet
More in this category: « Marsden Associates expands profile Double win for InterContinental »
back to top