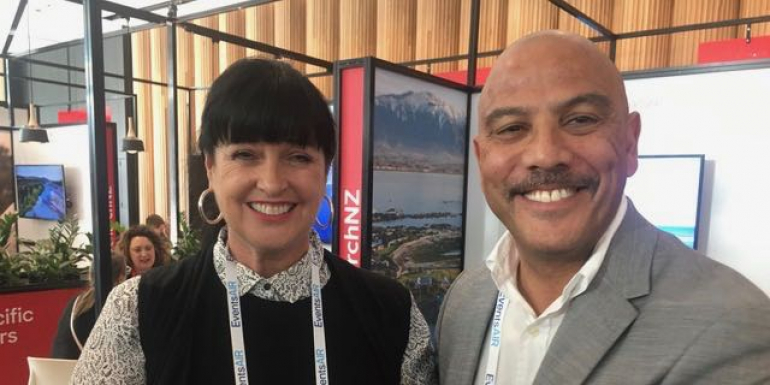 Sudima Kaikoura will officially open on 17 October, it was announced at MEETINGS yesterday.

Michel Adolphe, chief commercial officer Sudima, says the hotel is already booked to about 30% occupancy that day, proving the demand for a true four and a half star hotel in the region.

The hotel has 120 rooms and suites, bar, restaurant and outdoor terrace.

Lynette Buurman, of Encounter Kaikoura (and chair of Destination Kaikoura) says the hotel will be a ‘game changer’ and provide opportunities in the conference and incentive markets that the area has not had before.

She says though Kaikoura has been at MEETINGS before, the addition of the new hotel gives the destination much greater capacity and a more meaningful story to tell.

Ten hosted buyers will be heading to Kaikoura after MEETINGS later this week.

Tweet
Published in Hotel and Venue News
More in this category: « Rydges Auckland set to re-open following refurbishment Big Win for Tākina, Wellington »
back to top